Look At This Wacky Smartphone Watch

With Samsung working on bendy displays to put in flexible phones and even providing those screens to Chinese phonemakers to help grow the ecosystem, it’s clear a new era for smartphones is just around the corner. However, it seems like Nubia couldn’t wait that long, because at IFA 2018, the company released a frankly outrageous flexible screen device that looks like smartwatch, but promises even more.

But what may be the most ambitious thing about the Nubia-α—which the team behind it says was inspired by sci-fi—is that it isn’t just a concept. Nubia actually has plans to put this thing on sale sometime before the end of the year. 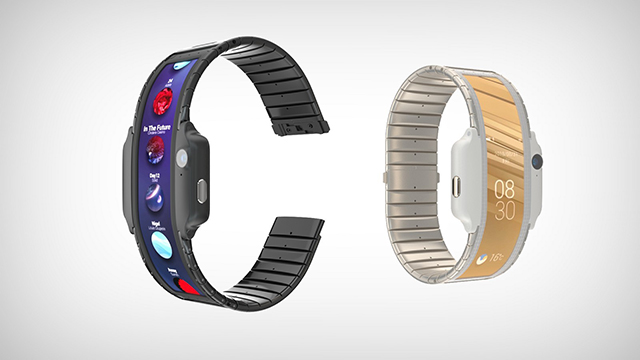 The highlight feature of the Nubia-α is obviously its massive flexible display that wraps nearly halfway around its chunky segmented band. Nubia says this proprietary display was created to help reduce gadget fatigue by making available “all essential functions of a smartphone to the user at their fingertips.” 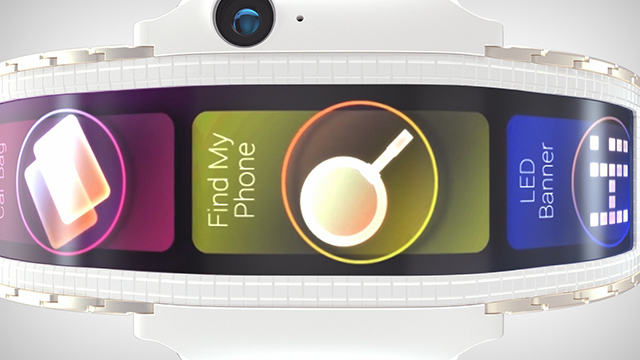 And in keeping with that idea, the Nubia-α includes a built-in 4G modem for true standalone wireless connectivity and even an onboard camera, which presumably you’d use for making video calls. But essentially that’s all we know because any other details about the Nubia-α are incredibly sparse. 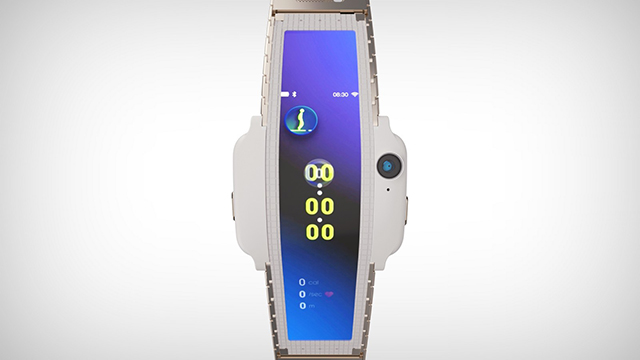 Nubia hasn’t said what chip is powering the device, which manufacturer made that funky display, what OS the thing is running, or even anything about an expected price. But what’s even more troubling is that while these product renders look pretty slick, photos of the actual device from Nubia’s IFA booth paint a somewhat different story.

To start, just peep how wide that band is. I’ve seen bicycle tires thinner than that. Next, check out how thick the Nubia-α looks from the side, this thing could be massive. But the most ridiculous thing about the Nubia-α is that rounded square in the middle where I assume its components are stored. It looks like a techy snake alien swallowed an Apple Watch. 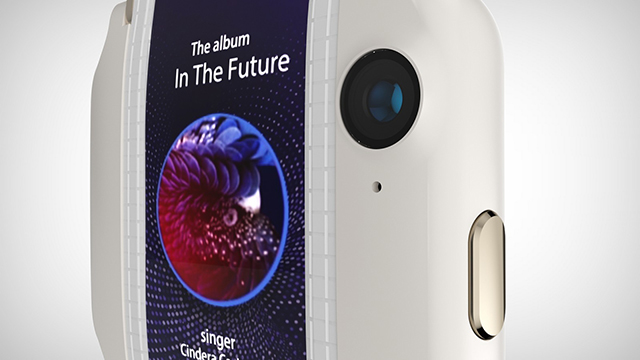 Edgar Allan Poe once said “There is no exquisite beauty… without some strangeness in the proportion,” and even though there’s no way he ever had something like the Nubia-a in mind when he thought that up, I feel like it works quite well here. 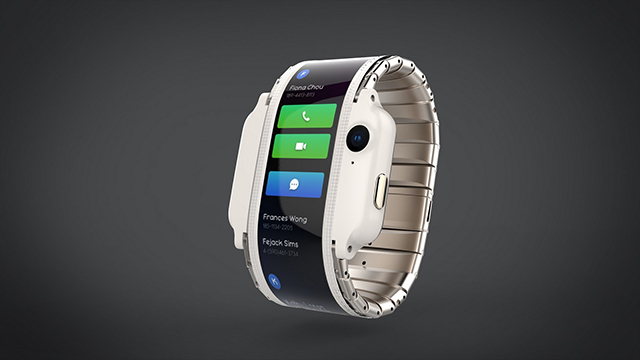 OK, enough wild reactions, because as far out as the this thing is, you’ve got to give some Nubia some credit for even trying. Though if upcoming bendy phones are anything like the Nubia-α, we better prepare ourselves for some growing pains as people try to make the whole flexible phone idea happen.